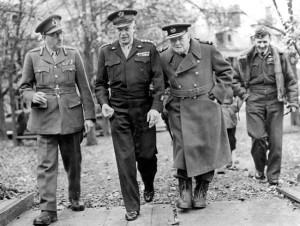 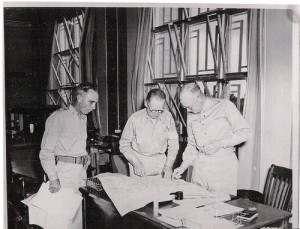 The WWII display houses such things as uniform pieces, unit insignia’s and equipment from soldiers who took part in the maneuvers, as well as timelines, facts, pictures and videos introducing people to the massive exercise that would shape the course of history.

The Louisiana Maneuvers was the premier training event that prepared the US Army to go to Europe and win World War II. The largest concentration of military might in the continental United States, nearly 500,000 men came through Central Louisiana for the 1941 maneuvers,  an event that prepared American forces and shaped military strategy for World War II. A good deal of the Bentley’s historic character comes from that event, when it served as the meeting place where American military leaders like Patton, Eisenhower & Bradley brainstormed plans to fight Axis forces in Europe.

Hotel Bentley is honored to house these memories for all to remember!